6 Misconceptions about Whales and Dolphins

6 Misconceptions about Whales and Dolphins 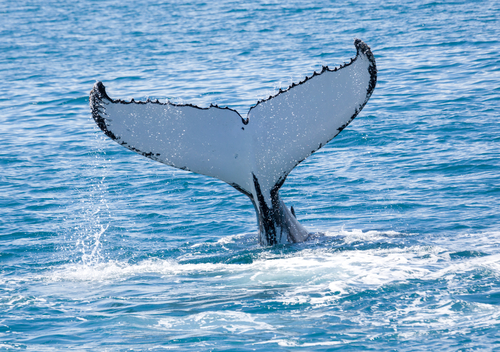 In books, movies, and even amongst friends, there are many different ideas about the abilities and personalities of wildlife. Over time, some small misunderstandings eventually evolve into larger, more frequent misconceptions. This is the case with dolphins and whales. Both beloved creatures, there is a lot of information (and misinformation) out there regarding these impressive mammals. But what is fact, and what is fiction? Today, we set the record straight on 6 common misconceptions about whales and dolphins.

The blowholes of humpback whales are used to expel water

Though it may appear that the humpback whale is blowing water out of its blowhole, this is, in fact, not the case. What is expelled is actually air. The whale’s blowhole is connected directly to its lungs. Contracting muscles help the whale inhale air into those lungs, and then powerfully release it through the blowhole. The exhaled air is moist and warm, and when it comes into contact with the cooler air above the water, the resulting spout of mist forms.

Dolphins have the best hearing in the world

While it is true that dolphins have remarkable hearing, the title of “best hearing” can perhaps be truly attributed to the moth. Instead, dolphins are famed for their ability to hear at incredibly high frequencies—even higher than your family dog. This is why they are particularly adept at using echolocation in hunting and communication.

The humpback whale may be known for its distinctive, and almost mournful song, but the truth is, not all humpbacks sing. The wide variety of hums, moans, and whistles is actually only performed by male humpbacks, with some debate about the ultimate purpose of these vocalisations. Interestingly, whales in a given area perform the same song, which changes slowly over time.

Whales and dolphins are hairless

Though the sleek bodies of dolphins and whales appear to be hairless, they are both mammals, which means they typically display hair at some point in their lives. Young dolphins are generally born with whiskers, which fall out soon after birth. Whales, too, often have hair around their snout. These hairs do fall out eventually, so adult whales and dolphins are virtually hairless, but their hair follicles can often still be observed.

When dolphins are around, sharks tend to stay away

This is an interesting belief about dolphins that can not be fully proven one way or another. While plenty of anecdotal evidence suggests that sharks may fear dolphins and porpoises, and will avoid them when possible, some research also indicates that sharks do not possess this fear at all. Other ideas posit that sharks might only fear dolphins in groups. Most scientists agree that further studies of dolphin-shark relationships are needed.

Though their lengthy dive time might suggest that whales are able to breathe underwater, this is not true. Whales and dolphins both are mammals, and breathe air just like humans. Yet these cetaceans do possess incredible abilities to hold their breath for long periods. Sperm whales can complete some of the longest dives by mammals, sometimes lasting as much as 90 minutes!

See them in action. Now that you know the truth about whales and dolphins, it’s time to come and encounter them yourself. Join one of our whale watch cruises or dolphin eco tours, departing 365 days per year (whales are seasonal). You’ll not only learn a lot, but make great memories on your adventure in Jervis Bay. Book now to plan your epic holiday.