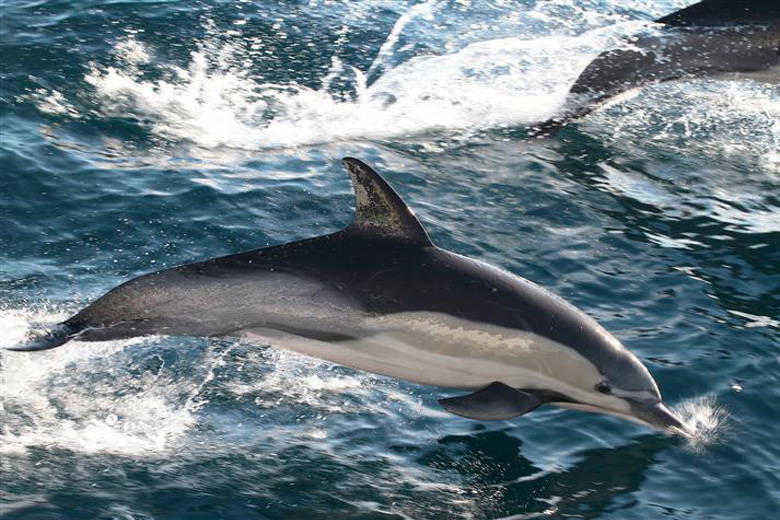 Jervis Bay is well known for our beautiful bottlenose dolphins. A pod of approximately 70-80 dolphins lives in the nearby waters year round. Beloved around the globe as intelligent and friendly creatures, one can’t help but believe that is true as they watch these sleek, majestic dolphins swim gracefully around Jervis Bay. If you’ve never gotten the chance to observe bottlenose dolphins up close and personal in their natural habitat, it’s something you surely don’t want to miss. Book one of our fabulous dolphin eco cruises today.

But until you depart with Jervis Bay Wild, enjoy these 7 fascinating (and unusual) facts about one of our favourite animals.

1. Human babies are born head first, but baby bottlenose dolphins emerge tail first. This is to ensure they do not drown in the ocean when they are first born. As soon as the birth is complete, the new mother accompanies her calf to the surface to take its first gulp of air.

2. Although bottlenose dolphins have 80-100 little teeth, they do not bother chewing their food. The teeth help them to catch their prey (mostly fish, crustaceans, and squid), which they then swallow whole. Dolphins eat a lot each day. Studies suggest they consume about 6% of their body weight daily as adults.

3. Dolphins communicate not only through sound, but through actions in the water, the posture of their body, and physical touch. Sounds are their primary form of connecting with other bottlenose dolphins, and include whistles, rasps, clicks, and more. Actions that indicate communication include slapping the water with their tails or pectoral fin and jumping to create sonorous splashes.

4. Perhaps dolphins are so intelligent because they have the ability to utilise the majority of the oxygen they inhale. When breathing, bottlenose dolphins can get over 80% of the available oxygen in a breath. Humans, on the other hand, can only access 20% or less.

5. Unlike humans, dolphins can’t go fully to sleep. Without remaining conscious, dolphins won’t automatically head to the water’s surface to breathe, which means, as mammals, they will drown. To prevent this, and still get a restful night’s sleep, dolphins are able to shut down one half of their brain at a time. This keeps their basic body functions active and allows them to recharge as well.

6. In Jervis Bay we have bottlenose dolphins, but there are actually 36 kinds of dolphin throughout the world including 4 types that reside in rivers. In the Amazon of South America, you can even encounter pink dolphins.

7. The colour of the bottlenose dolphin’s body functions as a protective mechanism. Typically dark gray on their dorsal side, this hue fades to a lighter shade on their underside. This type of colouration is often referred to as countershading, and makes it harder to see the dolphins from below or above, helping them to escape predators.

Want to learn even more about these special mammals? Climb aboard a dolphin eco cruise with our team at Jervis Bay Wild and meet our local dolphins. You’ll be delighted when you see how they race alongside our boat, and your tour guide will share more exciting facts and tales of the bottlenose dolphin.

We’ll see you on the water!