No one could’ve predicted what happened next.

After the massive Currowan fire roared its way from one end of the Shoalhaven to the other on New Years Eve, a Tourist Leave Zone forced all visitors to evacuate the area. Unfortunately, the vast majority of them have not come back.

While almost all local businesses have suffered some kind of financial loss, whether directly or indirectly, we know that things will get better and with that in mind we can focus on helping those who have lost so much. The Resilience beer fundraiser is one such project. 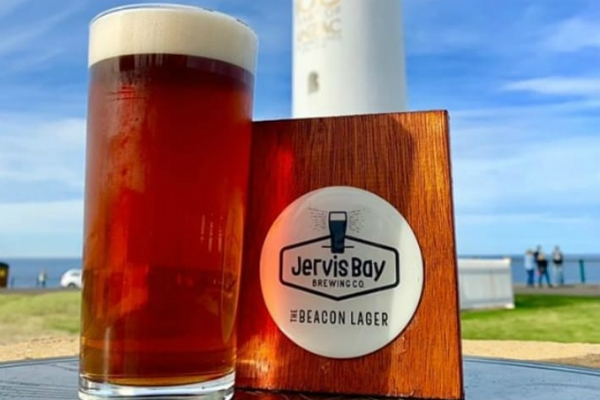 The Resilience Beer project is a fundraising initiative that began in the United States after the California Bushfires. Brewers who sign up all brew the same beer – Resilience Pale Ale – and donate proceeds to bushfire relief.

Almost 200 brewers have signed up for the Australian version of the fundraiser. Here on the South Coast, Jervis Bay Brewing Company has teamed up with Cupitt’s Brewery in Ulladulla and Dangerous Ales in Milton to brew 850 litres of resistance Pale Ale.

One dollar from every schooner sold will be donated to Ryefield Hops whose entire crop was wiped out by bushfire.

Meanwhile, if you’re still deciding where to go on your next family holiday or weekend away, please consider visiting one of the many struggling communities affected by bushfire. The Sydney Morning Herald reported that some operators are experiencing a 40% drop in forward bookings, a figure that will surely rise with the effects of the Coronavirus travel ban yet to be fully felt. So great is the need, Tourism Australia recently launched a $20 million dollar advertising campaign encouraging Australians to ‘holiday here this year.’

So, with Easter School Holidays on the horizon and the June long weekend no too far away either, it’s time to get planning and come and visit us on the South Coast. We can’t wait to see you!

Need inspiration? Check out some of our other recent posts.

What Is Boom Netting?

At Jervis Bay Wild, we’re famous for our exciting and memorable eco cruises, highlighting the amazing wildlife and spectacular scenery to be found in the waters of Jervis Bay. Our whale watching and dolphin cruises are all very popular options, but perhaps you're...

END_OF_DOCUMENT_TOKEN_TO_BE_REPLACED

Jervis Bay is famous for many things – white sand, crystal clear waters and whale watching to name a few. Jervis Bay is also one of the few places in Australia where you can witness the incredible natural phenomena known as bioluminescence. There have been some...

END_OF_DOCUMENT_TOKEN_TO_BE_REPLACED

How to Spend a Rainy Day in Jervis Bay

Jervis Bay is known for its stunning beaches, mild temperatures and generally sunny climate. But like anywhere, we occasionally get a bit of rain. In an area bursting with outdoor recreation opportunities, will the rain ruin your holiday plans? We say no. Although...

END_OF_DOCUMENT_TOKEN_TO_BE_REPLACED

10 Things to Do in Huskisson & Surrounds

Jervis Bay is one of Australia’s best-kept secrets, and at its heart, is Huskisson, a vibrant seaside town with plenty to see and do. Whether you're travelling solo, as a couple, a family or with a group of friends, this part of the NSW South Coast makes an ideal...