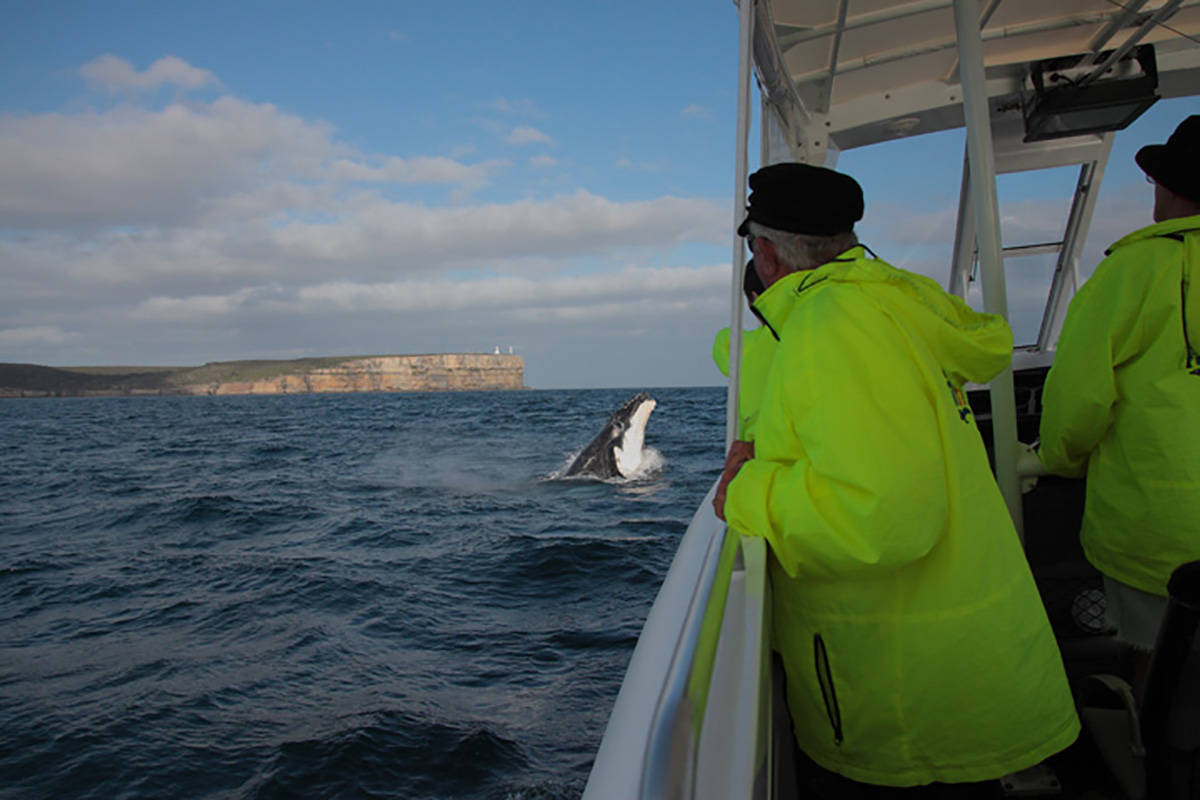 Seen from May to November in Jervis Bay, the humpback whale is an amazing ocean mammal that engages in an annual migration to warmer waters. In the southern hemisphere, humpback whales migrate northward during the winter months, leaving the cold seas of the Antarctic behind and heading towards Australia. Visitors to our coast are lucky enough to be treated to excellent views of these massive, magnificent animals, passing by in the hundreds.

Ever since the days of tales like Moby Dick, whales have seemed mysterious, powerful creatures of the deep. While no longer a mystery, it turns out that humpback whales are fascinating and have many unusual qualities. Here are 5 facts you probably didn’t know about humpback whales:

Humpback whales sing in unison with other whales miles away.

Known for a hauntingly strange set of moans, cries, and other sounds, the humpback whale “song” is famous. Male whales are the ones who produce these sonorous tunes, able to be heard and picked up by other whales miles away. Though scientists are still not entirely sure why humpback whales sing, there are indications it is related to mating or to positional communication between male humpbacks.

Baby humpbacks can consume up to 600L of milk per day!

After they’ve been born, young humpbacks remain close to their mothers, nursing for approximately one year. During this time, the baby humpback drinks enormous amounts of nutrient-rich milk each day. The mother whale’s milk has a very high fat content, enabling the baby whale to pack on the blubber. This protective blubber will keep the whale warm as they travel back towards colder waters.

Humpback whales must “remember” to breathe.

Unlike humans, who breathe automatically, humpback whales do it voluntarily. They breathe using their lungs and blowhole and have an amazing capacity for holding their breath. Whales have been known to remain underwater for as long as 45 minutes. Since they must breathe on their own, you might wonder how whales sleep at night. Scientists believe that the whales keep part of their brain engaged while they sleep, allowing them to continue breathing while still getting some shut-eye.

Humpback whales are the most acrobatic whales.

This fact may not be as much of a secret, since the impressive tricks of the humpback draw people near and far for whale watching. Breaching and tail slapping are just a few of the ways in which humpbacks fly through the air (seemingly with the greatest of ease!). Researchers think that these activities play a role in communication for the whales or may help them loosen some of the many barnacles that have grown attached to their skin. A further school of thought holds that the whales do these movements simply for sheer joy!

Some Aboriginal peoples view the whale as a powerful, sacred ancestor.

Throughout Australian history, many of the Aboriginal tribes living along the coast have developed beliefs about the nature of the whale. To some, legend tells that the ancient whale is an immortal being and a true force of nature, having power over the seas and other oceanic creatures. The spaces important to the humpback whales, such as caves, became sacred areas for the Aboriginal people, who consider them to be part of the Dreamtime.

Now that you’re an expert on humpback whales, it’s about time you came to see these beautiful mammals for yourself! Our whale eco cruise (whale watching tour) departs daily from mid-May until November. Book now and come catch a glimpse of the mighty humpback.