Whales are amazing. They are the stuff of myth and legend and also one of the main attractions for our whale watching cruises and other Jervis Bay eco tours. Every year, the majestic humpback makes its annual migratory swim, passing right along the coast of NSW. You shouldn’t miss the opportunity to glimpse these incredible species in their natural habitat. But humpbacks aren’t the only type of whale out in the ocean. There are actually around 80 species of cetaceans, the order which also comprises dolphins and porpoises. Today, however, our focus is the whale. Let’s take a look at some of the other fascinating types in our great big world of whales.

The blue whale is the world’s largest living animal, and belongs to the same family as the humpback whale. Their length ranges from around 75 to 100ft, with southern hemisphere whales known to grow generally larger. Their favourite dietary staple is krill, of which they consume up to 3.6 metric tons daily during the summertime feeding season. Swimming as fast as 48 km/hr, the blue whale is sometimes seen alone or with a small group, but are quite often found swimming in pairs.

The narwhal is a toothed-whale of medium size, boasting a long, spiraled tusk reminiscent of a unicorn horn. They only have two teeth, one of which protrudes and grows into their signature tusk. Narwhals are found far to the north in arctic waters, and frequently dive to incredible depths on their hunt for food.

Hello, Moby Dick! In the famous novel, the powerful creature was indeed a sperm whale. This species is the biggest toothed whale that exists. Amongst cetaceans, sperm whales are among the deepest of divers, able to reach a depth of 1000m and remain submerged for more than an hour. They love to eat squid but will also happily dine on octopus, fish, and skate. 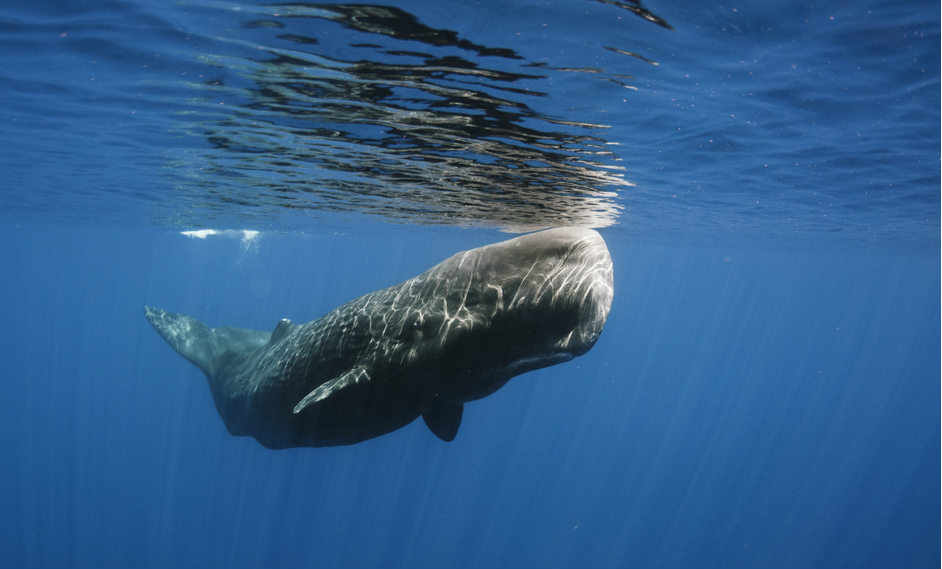 Like their friends the humpbacks, gray whales make a yearly migration of astounding distance. Swimming an average of 16,000 km they head south for breeding and mating before returning to their habitat in the eastern North Pacific. Gray whales remain mostly in shallower waters, where they feed on amphipods and tube worms living amongst sediment. They are baleen whales, which means their food is obtained through filtration that helps to expel the water, sediment, and any other non-food item that happens to have the misfortune to end up inside the gray whale’s mouth.

On the smaller side of the whale world is the minke whale, a baleen which averages 8m in length (still pretty huge!). Their habitat is all across the globe, but they tend to prefer arctic waters. The minke whale has a distinctive triangular upper jaw and a dark gray body that fades to white on the underside. Living for approximately 50 years in total, the minke whale is a mostly solitary whale, but is sometimes encountered in pairs or small groups. 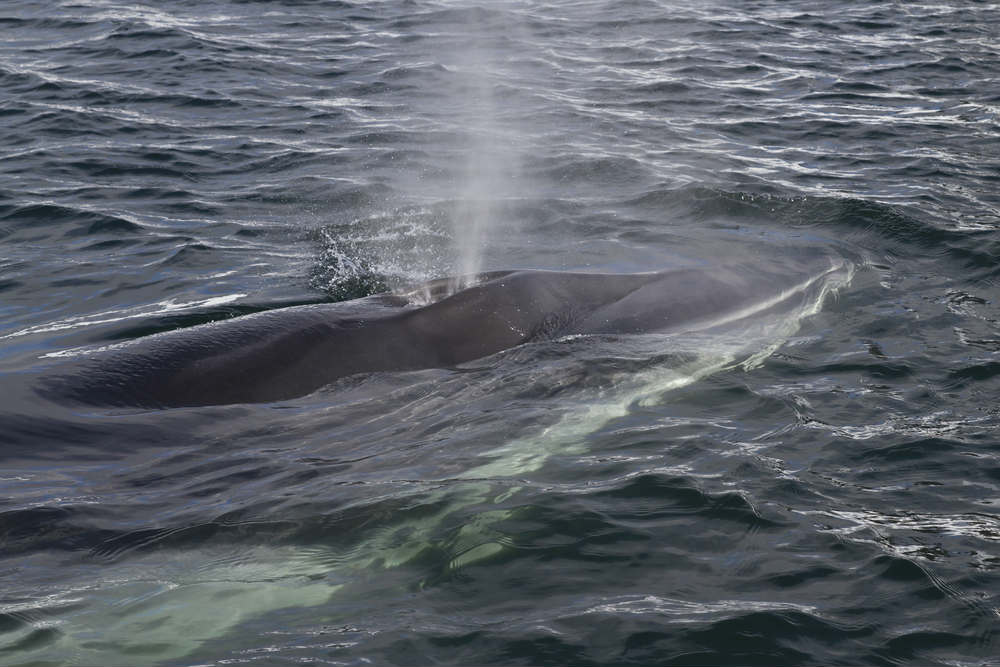 The beluga just might be the cutest whale in the ocean. With its signature boxy head and white colour, the beluga is a thick-blubbered arctic dweller. It eats many different things including clams, crab, small squid, cod, and young salmon. The beluga ingests around 50 pounds of food per day, swallowing its prey whole despite its conical teeth. Some beluga populations have been observed to be very noisy, creating vocalisations similar to the humpback.

A very recognisable member of the whale family is the orca. The orca is a toothed whale and a mighty hunter. The black and white appearance of the killer whale is distinctive, but so is its triangular dorsal fin, able to reach as long as 6 feet in male orcas. You’ll find orcas in the water all over the world, living in pods, and journeying towards abundant food sources. Unlike other species, the orca does not appear to follow a set migratory route. 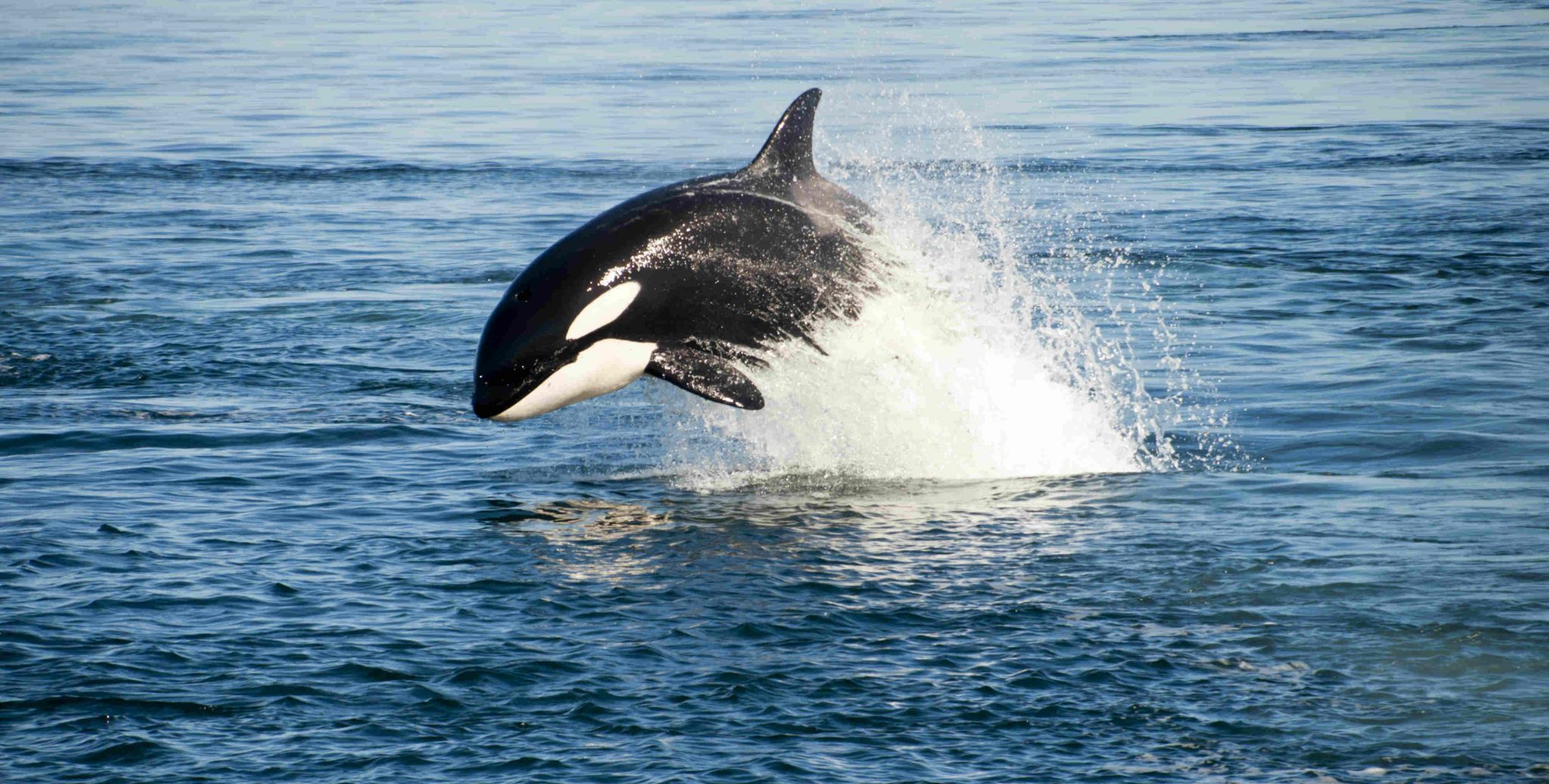 The species above represent just a sampling of the great world of whales. To see humpbacks from a close, respectful distance, please join us on our whale watching cruises departing from Huskisson. Tours depart daily throughout the winter season. Book now or get in touch for more details.

Seen from May to November in Jervis Bay, the humpback whale is an amazing ocean mammal. In the southern hemisphere, humpback whales migrate northward during the winter months, leaving the cold seas of the Antarctic behind and heading towards the warmer waters...

END_OF_DOCUMENT_TOKEN_TO_BE_REPLACED

Shoalhaven Wineries and Breweries After a day at the beach or out on the water, there's nothing quite like a refreshing drink. Fortunately, the Shoalhaven isn't just ideal for outdoor adventures, it is also known for its thriving food and wine culture. Here are some...

END_OF_DOCUMENT_TOKEN_TO_BE_REPLACED

Whale watching season has begun! Here at Jervis Bay Wild, this is our most thrilling time of the year, as we witness the annual humpback whale migration right here in our backyard. Beginning mid-May, the whales start making their way from the southern Antarctic...